When it comes to Rolex luxury sports watches, the Rolex GMT and Submariner are two of the most well-known models from Rolex’s lineup.

Many friends and loved ones have asked me about which Rolex timepieces to buy and many inquiries are about the Rolex GMT vs Submariner. At first glance, it’s easy to think that the GMT Master and Submariner is basically the same watch.

However, the devil is always in the details.

So for today’s head-to-head comparison, we are taking a closer look at the Rolex Submariner and the Rolex GMT Master II, and how they stack up against each other.

But first, let us take a look at the key specs for both the GMT Master II and Submariner.

In terms of design, no one will blame you if you think that both watches look very similar. 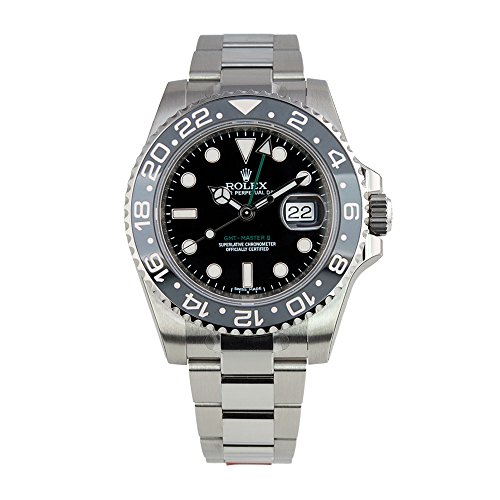 Both timepieces are housed in the 40mm diameter which is often referred to as the “super case.” The case features thicker lugs and crown guards which give off a bolder and chunkier appearance. Of course, both cases are done in 904L stainless steel (with the GMT receiving it a year later than the Submariner). 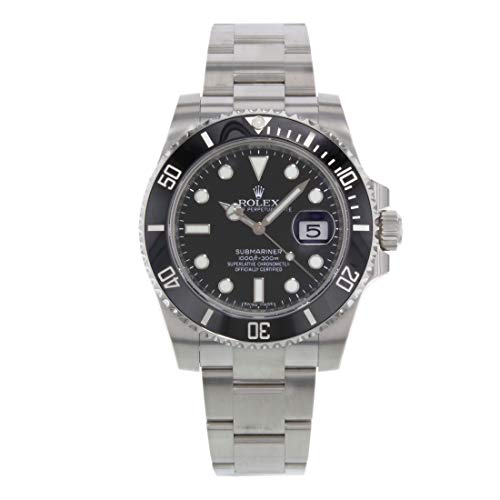 Both watches also come with the signature Oyster bracelet. However, the style of clasp and the polish are done differently on each of the watches. If you look closely, the GMT Master II bracelet’s center link features a high-gloss polish while the Submariner received a brushed satin finish for its bracelet.

The bezel design is one of the key differences between the GMT Master II and Submariner. The Submariner is fitted with a 60-minute scale bezel which is used as a dive timer. On the flip side, the GMT Master features a 24-hour bezel for use in combination with the GMT hand. 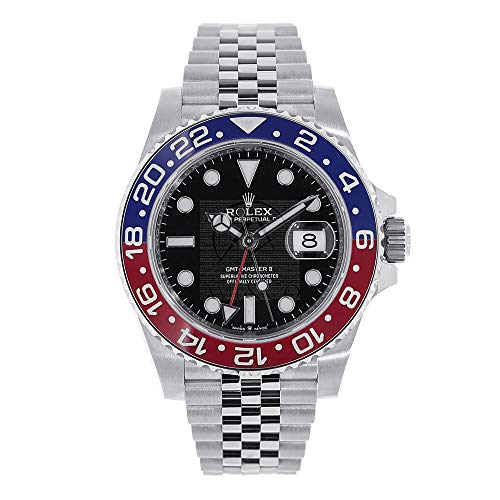 Other models of the GMT also adds a splash of color which makes it more interesting for more people. I particularly enjoy the GMT model with the iconic Pepsi bezel. The Submariner has retained its iconic black dial over the years. However, the Submariner does have other color options like the vibrant green “The Hulk” Submariner.

Aside from a number of cosmetic differences, one of the most major differences between the GMT Master II and Submariner is their movements. 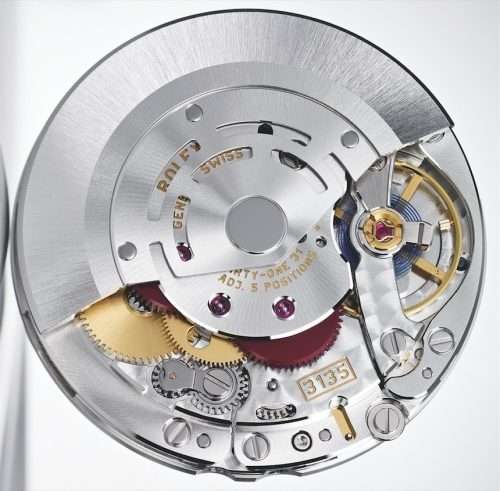 The reference 116610 Submariner is powered by the venerable Caliber 3135 movement which remained unchanged since 1988. The Caliber 3135 is a standard 3-hand automatic movement (hours, minutes, and seconds) with a date complication. Nothing much to say here but it’s a workhorse movement that gets the job done. 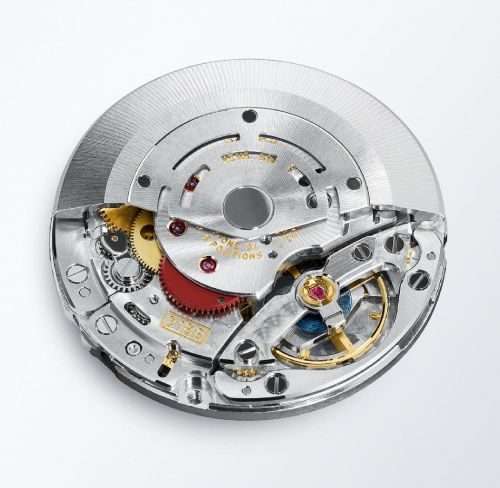 On the other hand, the reference 116710 GMT-Master II is fitted with the in-house Caliber 3186 movement. It also comes with a date complication and the hour hand can be adjusted independently. Like with all GMT Master models, the GMT Master II has a 4th GMT hand. This allows you to adjust the hour hand separately from the GMT hand. 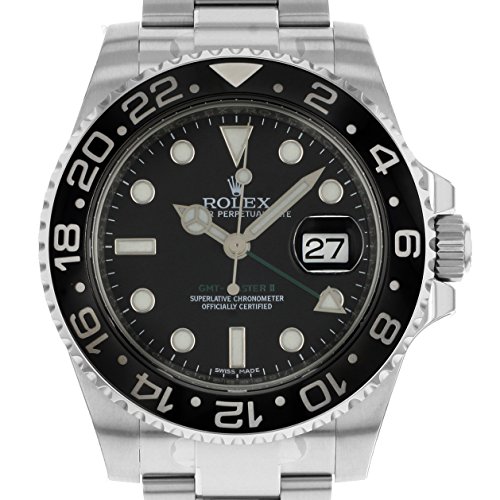 As a result, GMT owners can simultaneously reference three time zones when used in combination with the watch’s rotating 24-hour bezel.

Both movements are COSC certified and run at +/- 2 seconds per day. In addition, both movements are equipped with Parachrom Bleu hairspring which protects the movement from magnetic fields and shocks. It’s also worth noting that the aesthetic of both movements is also fairly similar.

The power reserve of the GMT is far superior to the Submariner. The former boasts a 70-hour power reserve while the latter offers 48 hours of power reserve. This should not be an issue for most people but should you go on a weekend without wearing a watch, the difference in power reserve should show itself.

When it comes to buying Rolex watches, you’re not really looking at your options with functionality in mind. As you can see, both the GMT and Submariner have their own uses.

However, just how do they stack up when it comes to day to day use?

For overall functionality, I reckon that the GMT Master II has the upper hand over the Submariner. The GMT function is just so robust and flexible that I can see myself using it more in daily life. From timing something while in the kitchen to deciding whether it’s time to call a loved one from another country, the GMT Master II can handle these tasks with little to no problem. 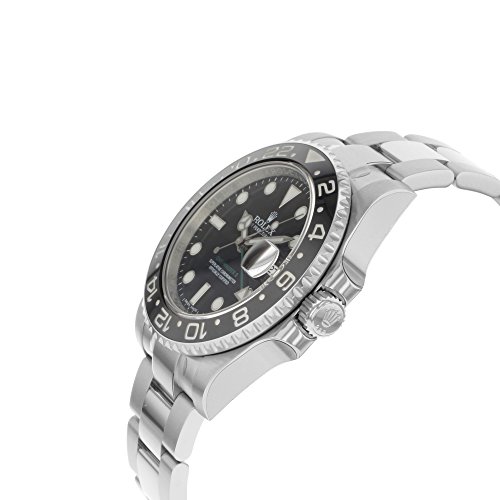 Sure, a smartphone is good enough for such tasks but there’s just something satisfying about looking down on your wrist to tell the time. With that said, jet-lagged travelers and jet-setters will have a lot to love about the GMT functions of the GMT Master II.

As for the Rolex Submariner, I can also time things but that’s about it. If I am a professional diver or someone who’s always near the water, the possibilities for the Submariner certainly do open up. After all, the Sub can handle depths to 300 meters. The Submariner’s water-resistance does add a great deal of ruggedness to the watch. 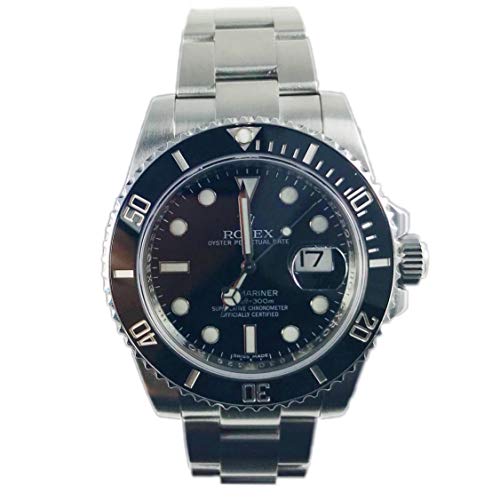 But alas, I’ll never come close to 300 meters of depth which means that the Submariner’s greatest asset is now moot. However, you really can’t underestimate the ruggedness and reliability of the Submariner for everyday use.

This feels like I’m grasping for straws here but the GMT Master II certainly has the upper hand when it comes to pure timepiece functionality.

Looking at the price of the Submariner Date and the GMT Master II, they are about in the same price range. The GMT Master II is the pricier between the two but the price difference won’t be much of an issue – at least to an avid Rolex collector.

However, if the budget is tight and every dollar matters, the Submariner Date is the no-brainer option. It might be the less expensive watch between the two, it’s certainly not the inferior model. You will be getting your hands on a legendary timepiece that’s literally timeless. If you want, you may even opt for the more affordable standard Rolex Submariner, if you think you won’t miss the date aperture.

There’s more watch here than you can shake a stick at.

However, for pure functionality alone, the Rolex GMT Master II is hands down the better value for the money. This is especially true if you are always traveling abroad or simply want a watch with a GMT feature.

Rolex GMT vs Submariner: The Verdict

This concludes our Rolex GMT vs Submariner head-to-head review, so what’s the verdict?

From the design to the specs and features, you could swear that the Rolex GMT Master II and Rolex Submariner are essentially the same watches. However, as you can see, there are numerous key differences that set apart one from the other.

If you are giving me the choice between the Rolex Submariner or GMT Master II, I’ll have to give it to the GMT. Give me the Pepsi-bezeled GMT and all bets are off.

Don’t get me wrong though.

If you are an avid reader of WatchIdeas, you’ll know that I am the biggest fan of the Submariner. However, in this particular head-to-head comparison, the GMT edges out the black-dialed Rolex classic.

It is just that I think I’ll be able to use the GMT Master II in the spirit it was intended when compared to the Submariner. There’s just more watch that the GMT can offer more than the Sub. However, when it comes to the price, it’s really hard to go wrong with the Submariner and you won’t be missing much.

If you’re someone who’s having this conundrum, I’d say that it’s a good problem to have – but it’s also a very tricky choice. One has a GMT feature and a more complex movement while the other offers superior water resistance and ruggedness.

It’s really up to you to decide where you think your money is worth it.