When searching for a watch, you may want something that is not only luxurious but also performs well in a variety of settings. A luxury watch can be the kind of device that you only wear to parties or special occasions, but it can also be the kind of timepiece that has a place in more active, physically demanding settings. Today we have a head to head of two speed masterpieces, jlc master chronograph vs rolex daytona.

You may be the kind of person that often sees themselves going right from a sophisticated gala to a dip in the ocean or someone who often transitions from wanting to turn heads to want to go on an adventure. Your day-to-day life will play a crucial role in what kind of watch you end up purchasing, and luckily there are a variety of devices that can easily fit your needs.

We had a chance to take a look at two very high-quality watches and gave each one a comprehensive review to see which was a better choice. First, we looked at the Jaeger-Lecoultre Master Chronograph and found it to be a well-made timepiece with a quality integration of comfort, performance, and aesthetics.

In addition to the Jaeger-Lecoultre Master Chronograph we also were able to check out the Rolex Cosmograph Daytona. We found the Rolex Cosmograph Daytona to be the better of the two, but only by a small margin. We found the overall design to be both luxurious as well as functional in a way that the Jaeger-Lecoultre Master wasn’t. The Rolex was more durable, had more features, and also had a look that was eye-catching and unforgettable.

Each watch was very impressive in its own right. However, when it comes to a large investment like a watch, every little detail counts. While it only prevailed because of a few minor details, the Cosmograph Daytona still surpassed the Master Chronograph, making it our top pick of the two. 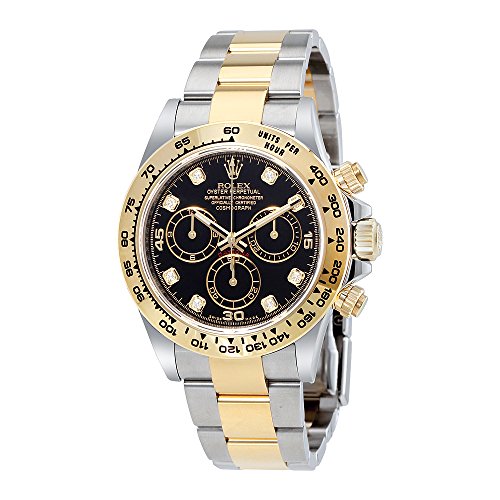 Originally released in 1963 to aid professional drivers in their timekeeping, the Rolex Cosmograph Daytona is a versatile, sleek watch that can be worn on just about any occasion. The reliable chronograph lets avid drivers measure time at extremely fast speeds, and its design gives it the appearance of a watch that one might want to wear with a tuxedo or suit. Its bracelet is extremely durable, comfortable, and had a powerful feel to it that came as a result of the rare materials in its construction. The face is also elegant, well-equipped, and compliments the overall look of the watch.

The materials that go into a watch’s construction are extremely important. Rolex has traditionally made use of a blend of metals referred to as “Rolesor.” It is also referred to as “two-tone” or “half gold/half steel” in other watch brands. When it comes to Rolex watches, the term “Rolesor” is used to describe the combination of stainless steel and 18 karat gold. You’ll find this blend of metals on the Rolex Daytona in both the 40mm case and the bracelet. We felt that it was the right choice for a timepiece that is designed to not only function under extreme conditions but also look great while the owner has it on.

The dial on the Rolex Daytona is black and all of the counters are clearly visible with raised yellow Arabic markers. However, the outer-rim of markers is labeled by the chronograph itself. You’ll be able to monitor the 1/8 second with seconds hand, and the two additional counters on the display allow for monitoring elapsed hours and minutes. For drivers looking to monitor their track times, we found the look and functionality of the dial to be essential.

The Rolex Daytona also has an Oyster Bracelet which is unique to the Rolex brand. It is a very sturdy, comfortable build that involves the use of three-piece links for extra security and a fit that accommodates the wrist shape of the user. The center links are yellow gold, and the two outer links are stainless steel–a result of the watch’s unique Rolesor blend of metals.

Last but not least, the Cosmograph Daytona has a built-in 4130, self-winding mechanical chronograph movement. It’s an extremely economical movement and makes use of significantly fewer parts than some other chronographs on the market. It is a certified Swiss chronometer and has been rigorously tested by the Swiss Official Chronometer Testing Institute. It also has a Parachrom hairspring, which promises better resistance to shocks and temperature changes.

We couldn’t really find much we didn’t like about the Rolex Cosmograph Daytona, other than that the dial seemed to be a bit overloaded. Considering that it’s the kind of watch designed for those who may want to use it while driving, the face is packed with a lot to just glance at. While the counters are fairly clear, you’ll still have to take a second to figure out where everything is located. It was a minor issue and would be hard to avoid on any watch, but it was still worth noting.

The Jaeger-LeCoultre Master Chronograph has a stripped-down design that, while stylish, left a lot to be desired. The 40 mm case and bezel are both made of stainless steel, the dial is silvered with a glistening sun-ray brush, and the strap is leather with a belt-loop style fastener. It also has additional counters on the face for the date, hour, and minute. 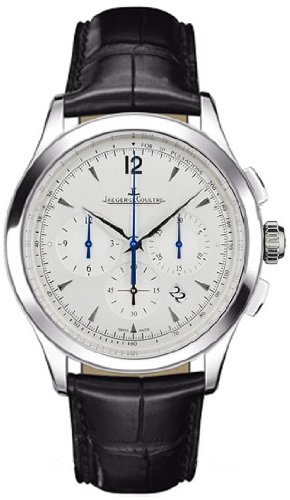 The strap on the Master Chronograph is leather, and while it is slightly more comfortable than a metal bracelet, it had us worried about wear and tear. The leather is stitched on either side which was aesthetically pleasing, but it seemed like the stitching could fray over time. Considering that the watch has a chronograph and will probably be used more frequently than some other luxury watches, the leather strap seemed like more of a downside even though it did add a unique element of style to the timepiece.

The Master Chronograph has a 1000 Hours Control Seal, which means that it has undergone a rigorous series of tests. These tests check for things like precision in rate, temperature, pressure adaptability, resistance to shocks, and magnetism, as well as the waterproof capabilities of the timepiece. Jaeger-LeCoultre also tests the movement of the watch for accuracy and precision before fully sealing it into the watch case.

You’ll find an automatic, self-winding movement with 277 parts and a 65-hour power reserve. There are also 28800 jewels a 39 barrel. The movement is Swiss-made and requires a single start-up. You’ll have to turn the compression key counterclockwise a few times, and then the watch will be automatically wound whenever you wear it.

You’ll be able to choose between two different types of dials, but each of them has very similar color schemes. The first has dual skeletonized baton hands, and the second has a recto hand. Each dial has silvered, black transferred numerals, with blue numerals inside the counters. Also, the hour markers as well as the numbers on the tachymeter are also blue.

The biggest downsides to the Master Chronograph were the leather strap, as well as the blue, silver, and black color scheme. We felt that the leather strap reduced the watch’s overall durability, and opened it up to unnecessary or otherwise preventable wear and tear. The blue and black color scheme on the dial also gave the watch a much less elegant overall look. It almost, at times, seemed to be reminiscent of cheaper copy or counterfeit devices. We would have liked for the colors to be a bit more consistent to give the watch a classier, more sophisticated look.

As far as the bracelet was concerned, leather can certainly be a durable material, but considering the nearly 10,000 dollar price tag of this watch, we felt that a stainless steel band would have been a better, more long-lasting choice.

One of the original reasons for the development of performance watches was to give drivers something they could rely on during motorsports. Racing depends on extremely accurate timekeeping, making the need for a reliable timepiece very important. If a watch broke down or stopped working at high speeds, a driver would have no way to record lap times, race times or other important information. 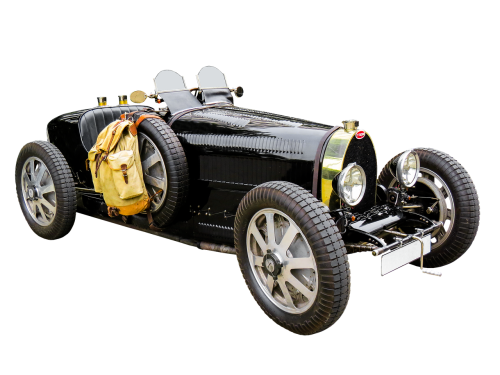 Modern professional drivers may not use watches to record their own racing information, but the use of a “racing watch” has become somewhat of a tradition. In fact, many racecar drivers are still sponsored by watchmakers like Timex and Tag Heuer. Wearing a wristwatch while racing is as much practical as it is historic, and it dates back to 1894.

The 1894 Le Petit Journal (Competition for Horseless Carriages) is considered to be one of the world’s first motor races. The lack of a viable timekeeping method caused there to be an inaccurate record of race times, which sparked the need for a solution.

Finally, in the 1930’s wristwatches became commonplace in motorsports. Rolex was one of the first watchmakers to begin manufacturing timepieces designed for racers. In fact, when racer Sir Malcolm Campbell set a new land speed record at Bonneville in 1935, he sent Rolex a letter thanking them for their reliable Oyster model. 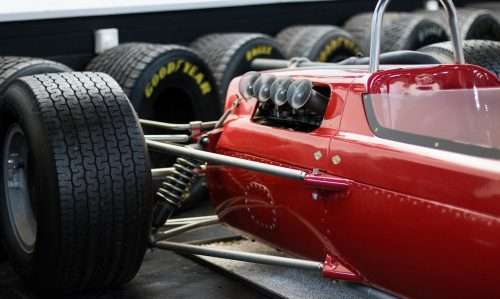 Since then, other watchmakers have begun staking their claim in the racing business. Omega, Rolex, Timex, and Hublot have all, at one point, been official timekeepers of Formula One racing. Racecar drivers may not be as concerned with the performance of their individual watches as they once were, but the tradition of timekeeping during races still stands. Investing in a timepiece that is built to perform at high speeds is not only useful but also gives each owner a small piece of history.

Both of these timepieces are exceptional—there’s no question there. However, the Rolex Cosmograph Daytona was simply a better blend of style, elegance, and performance. It did all of the things that the Jaeger-LeCoultre watch did when it came to accurately tracking time, but it did so in a design that, to the untrained eye, seemed like it actually put luxury over performance. We also thought that the movement was more efficient and would require less maintenance over time as a result of the more stripped-down construction.

The Jager-LeCoultre lost some points because of its leather bracelet, its color scheme as well as its overall lack of robustness. If it came at a lower price point it would be just fine, but considering that you’ll pay nearly 10,000 for it, you should be able to expect a little bit more. Make no mistake, the Jager-LeCoultre is still a contender against many other performances watches out there, but in a race between the two, the Rolex Cosmograph Daytona reached the finish line first.